In My Beauty, fashion and culture’s most compelling faces reveal in their own words what beauty means to them

Melanie Gaydos is the breakout star reminding the international fashion community what it’s all about: freedom, expression, progress and power. Born in Connecticut with a rare genetic disorder known as ectodermal dysplasia, her appearance challenges, but is no less beautiful than, the prescribed standards of the industry. Starring in countless presentations and shows during last New York Fashion Week, her editorial portfolio is expanding by the day, as the world falls in love with this self-confessed dreamer and real-life fairy. Here, she talks to M•A•C Culture about her arduous and rewarding journey so far.

“I moved to New York five years ago to go to art school where I was doing a lot of self-portraiture. I met a photographer in a club through mutual friends who was interested in my work and my modeling career really went from there. I had just stopped wearing wigs, through a combination of not having enough money and realizing that it wasn’t my style any more. I had chosen to take a more minimalistic approach to life, and thankfully he was into it 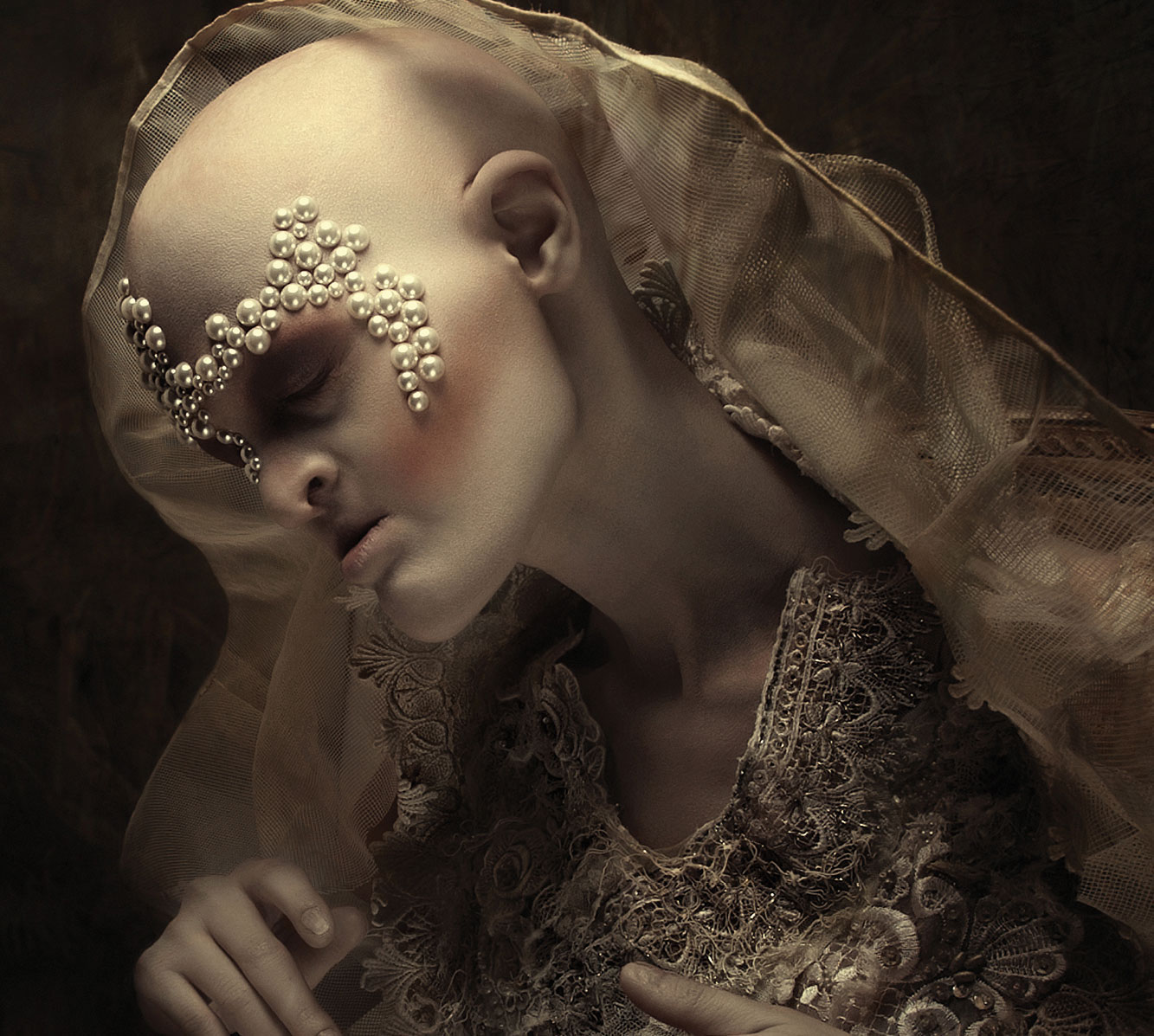 “I’m the only person doing what I do, and at first I found it hard being objectified by others. These days, I don’t really have a problem with people seeing me differently to how I see myself.” – Melanie Gaydos

“I think I’ve done a really amazing job managing myself, and after those first photos were taken I launched my career by emailing people. I’m still not signed. I was approached by [a major agency] earlier this year but they eventually came to the conclusion that I wasn’t appropriate for them. I was disappointed because if they had chosen to represent me, it would mean that society finally accepts me for who I am and acknowledges what I’m doing. Because I have tried to connect with society and I want people to see me as I see myself.

“People have recommended ‘alternative’ agencies but I absolutely hate the term. When I was a rebellious teenager, I thought of myself as alternative, but that’s not who I am. When I started, it was easier to get involved in darker photography, but I really want to move away from all that. 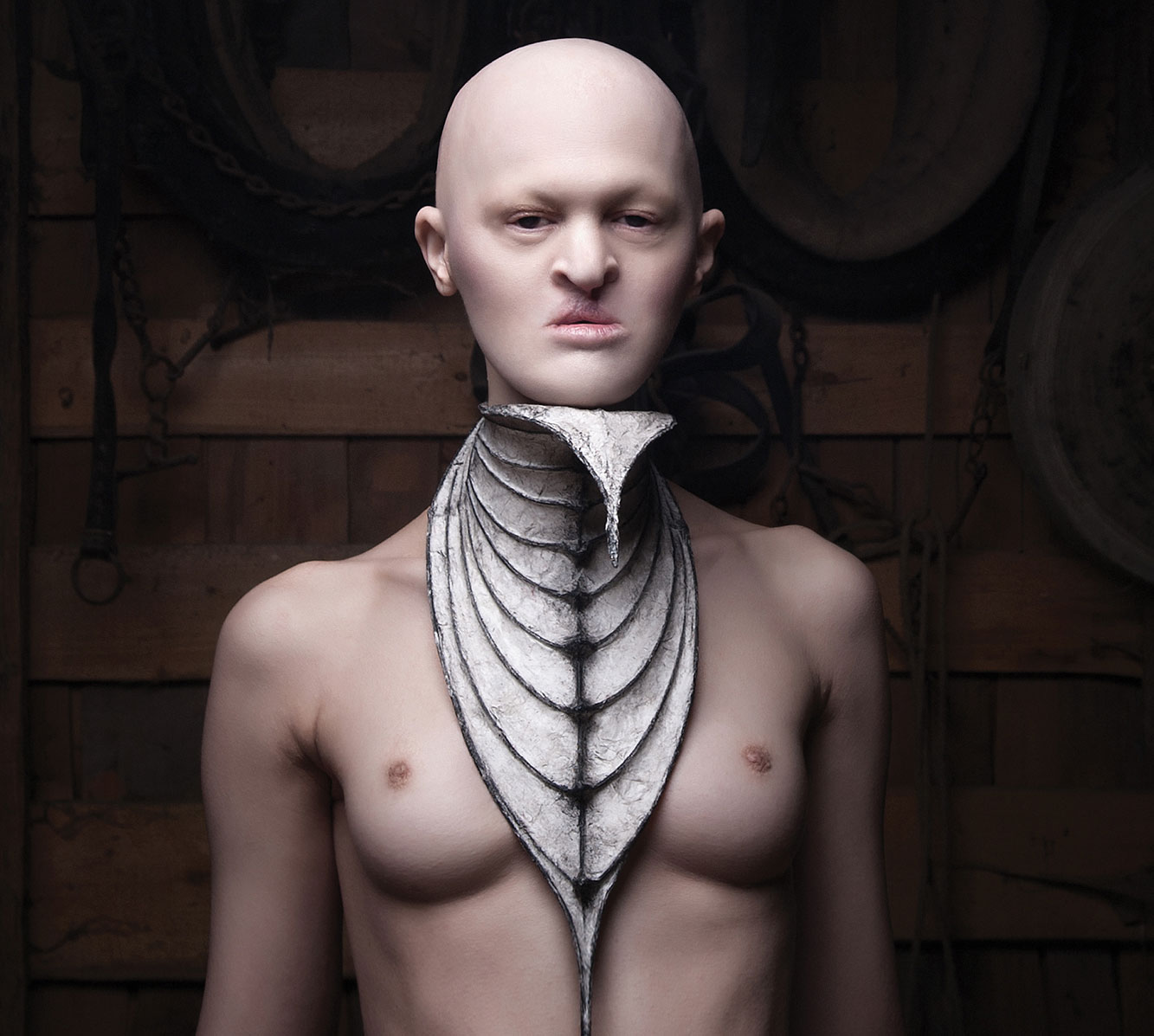 “I still only work with people I like, which has really helped me to hone my understanding of who I am, how I project myself and to truly accept my body. I’m the only person doing what I do, and at first I found it hard being objectified by others. These days, I don’t really have a problem with people seeing me differently to how I see myself. I mean, it’s the name of the industry and I’ve learned that we all mirror each other. We struggle to understand things that we don’t necessarily identify with. Birds of a feather flock together, as they say.

“I’m surprised people have a strong reaction to the way I look. I’ve been this way my whole life, and as a child didn’t have any sense of who I was on the outside. I always thought of my body as a vehicle and it certainly doesn’t affect who I am. The media have been guilty of treating me like a trend or a gimmick, but I guess it’s the only way for them to understand what I am doing.

“Still, I have a long way to go. I would love to work with Tim Walker, Steven Klein, Nick Knight and Paolo Roversi. Tim Walker’s work really speaks to who I am. When I was younger, I really, truly believed I was an elf. My father even used to call me an elf and I was always really intrigued by fairies. My personality is very close to that of a fairy, I think.”